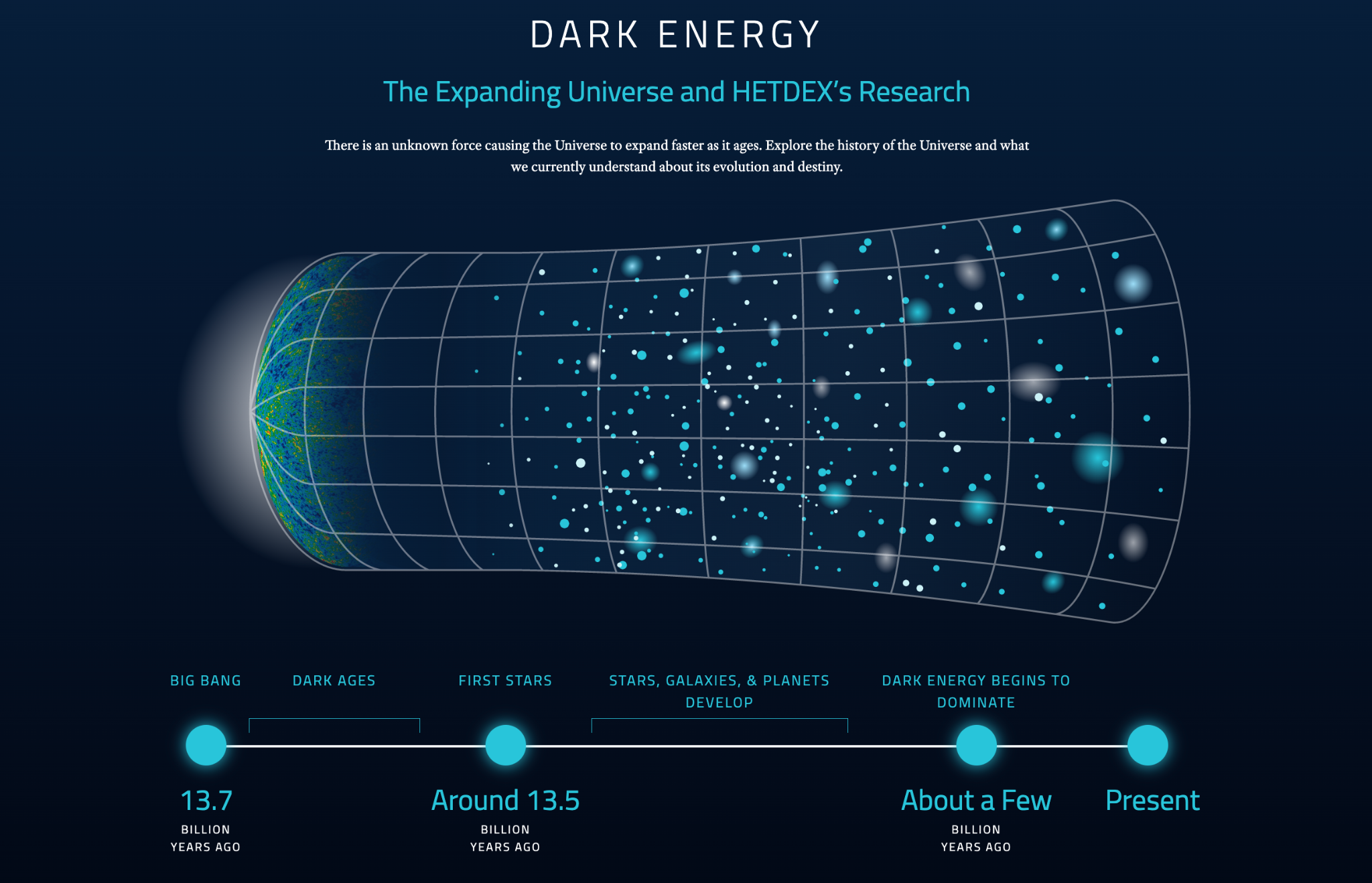 My research is a part of the Hobby-Eberly Telescope Dark Energy Experiment ( HETDEX) at McDonald Observatory. HETDEX is working to create one of the largest maps of the universe ever, which will help to narrow down our theories on dark energy. HETDEX is currently collecting data on at least one million galaxies that are 9 billion to 11 billion light-years away. This map will tell us, the astronomers, how fast the universe is expanding at different times in its history. Various explanations for dark energy predict different changes in the expansion rate, so by providing precise measurements of the expansion, the HETDEX map will eliminate many competing ideas. HETDEX studies baryonic acoustic oscillations — “sound waves” from the first 400,000 years of the universe. In those early years, the universe was a dense “soup” of particles of matter and particles of energy. HETDEX measures the distances between galaxies at different times in the early universe. Careful mathematical analysis of this map of distant galaxies will tell us the size of the universe and the nature of dark energy!

HETDEX surveys a large area of the sky that encompasses most of the Big Dipper. This region is far above the plane of the Milky Way galaxy, which is filled with clouds of gas and dust that block the view of distant galaxies. HETDEX is a unique survey because it does not have a pre-selection of sources therefore these millions of galaxies must be classified. This is one of the most difficult problems of the large project and solving this issue is what my PhD thesis is founded on.

What is machine learning? Machine learning algorithms build a model based on sample data, known as training data (this is your classifications!), in order to make predictions or decisions without being explicitly programmed to do so.

What is citizen science? Citizen science is scientific research conducted with participation from the public, in this case to classify galaxies.

My research focus is on combining the techniques of citizen science and machine learning to classify the millions of galaxies that HETDEX will collect. To do this I created the online citizen science project Dark Energy and Dark Energy Explorers which trains the public to classify galaxies. To do this I created a tutorial that is free of jargon and images of data without numbers that are easily digestible. Since launch in 2021, we have had almost 4 million galaxy classifications by 11,000 volunteers from over 85 different countries around the world.

I then analyze the data from the citizen scientists and use these labels as the inputs for machine learning. I use the public’s classifications of galaxies to keep and galaxies that need to be looked at again as the training set for machine learning. I use the t-SNE algorithm that allows us to visualize data and reveals areas of our data that might have issues. This technique has been most useful for finding false detections from our telescope. Thus far the combination of machine learning and citizen science has cleaned our data creating a pure sample of galaxies which we will use to create the map of the universe for dark energy science. 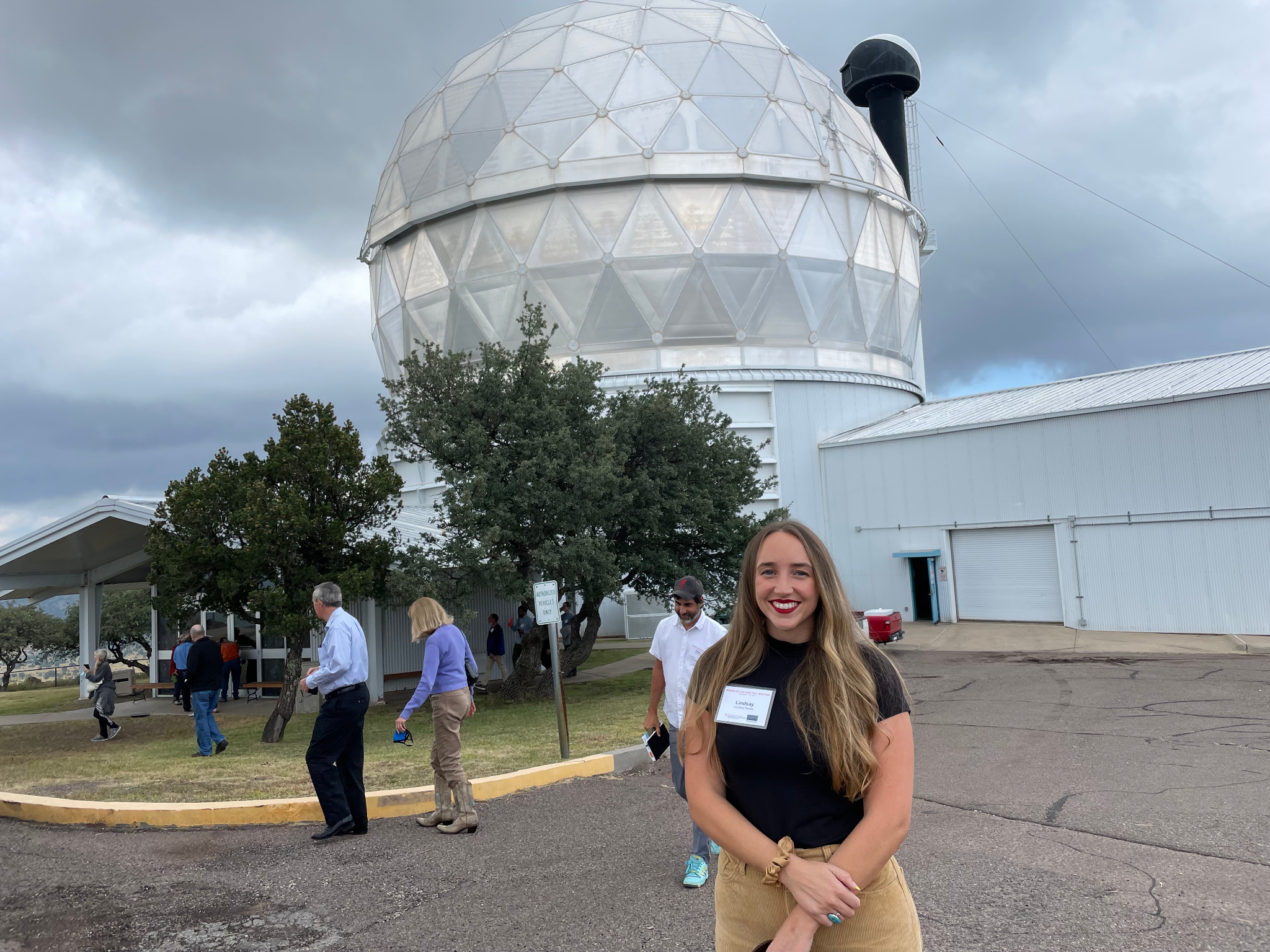 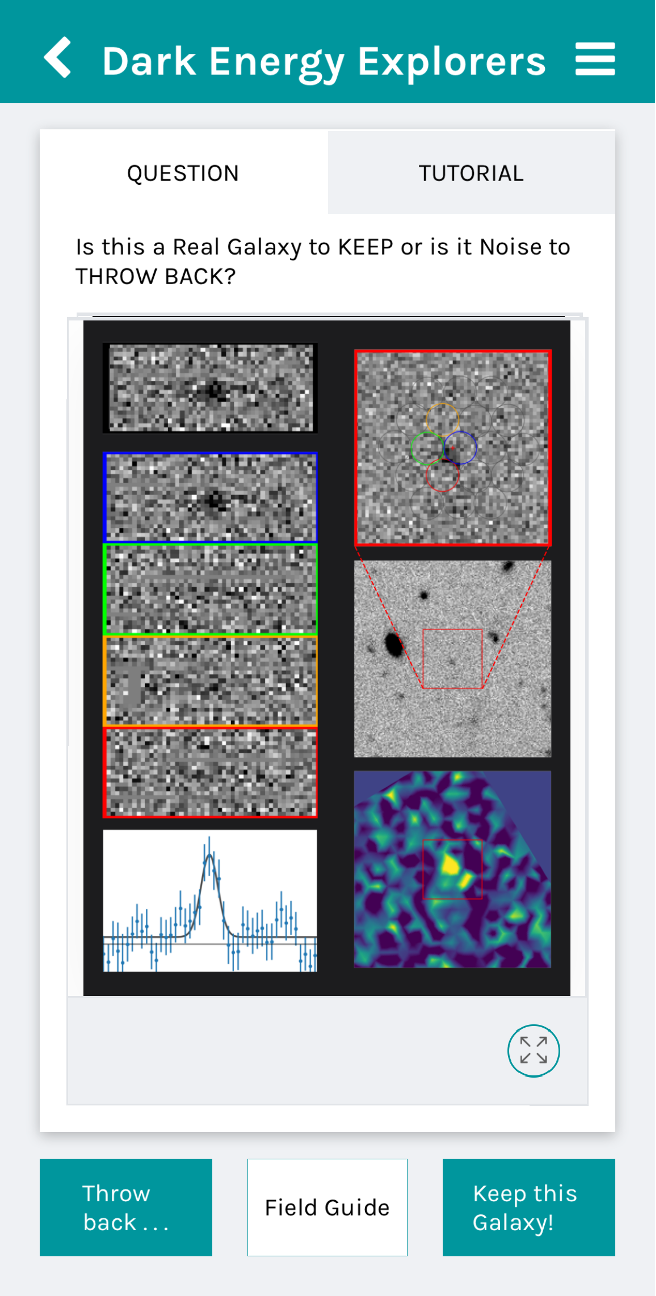